Each country exhibits cultural differences that influence consumers’ demands, their mode of satisfaction and the communication they are likely to respond to. Around the globe, local preferences may vary resulting in the same communication receiving different responses depending on the diversity of consumers’ perception. Globalisation influences the development of markets, thus putting pressure on businesses to identify other opportunities in foreign markets to increase their economies of scale.

In addition, developments in telecommunication technologies and transportation have transformed societies from homogeneous groups into multicultural societies comprising multiple languages and races leading to the suggestion that consumers’ needs, desires and attitudes are merging across cultures. Marketers utilise this emergence of the ‘global consumer culture’ to standardise their marketing strategies across the globe. However, the questions as to whether a ‘global consumer culture’, focussing standardised attributes such as lifestyle and identity creation associated with ‘social consumption’, exists, or whether some facets of consumer behaviour are culture-bound, remain crucial.

In global branding and advertising standardisation and localisation are two conflicting forces in relation to consumer behaviour. Back in the 80’s Levitt’s standardisation strategy maintained that global advertisers can use identical advertisements around the globe to attract international customers. In contrast, Wind & Douglas maintain an adaptation strategy to local preferences. This discussion has not ended, yet

Advertising is one of the most important marketing strategy in an international context of a brand and requires market research with a cross-cultural and global research focus to reply to increasing globalisation. However, many brands are relying on a standardisation strategy in order to utilise better economies of scale. Moreoften, these strategies are based on common beliefs like for example; Germany and the UK are regarded as similar markets due to their close geographical proximity.

The implication of culture between Germans and the British

A cultural comparison of Germany and the UK should provide insights in the differences or similarities in the consumers’ response towards advertising. In this context, national culture forms a very important aspect in consumer behaviour and advertising.The Dutch social psychologist Geert Hofstede established one of the most predominant concepts about cultural differences, the cultural dimensions model. When exploring the German and British culture through the lens model, two significant differences between both cultures become apparent in what Hofstede refers to as Individualism and Uncertainty Avoidance.

Individualism is the degree of interdependence a society maintains among its members. Whilst both cultures are individualistic ones, the British score is one of the highest scores in the world. In Germany families with a close relationship between parents and their children are common. The loyalty is based on personal preferences as well as a strong sense for duty and responsibility. A prominent example for this can be found in long-term employment contracts. Germans follow a strong focus on a direct conversation, giving his or her counter part the chance to learn from mistakes.

Individualism and privacy dominate the British culture, which is already taught in early ages. By this lesson children should find their unique purpose in life is and how they can contribute to society as an individual. A recent phenomenon is the rise of rampant consumerism and the rise of the „Me-culture“.

By comparing the individuality of both cultures, even though both culture are individualistic ones, it becomes apparent, that Germans react more on a basis of personal/social preference, the British appreciate innovation, uniqueness and creativeness.

The uncertainty avoidance index is strongly related to anxiety and deals with the way the society deals with its future – either trying to take control or letting it happen. This index shows a great difference between both countries. The UK is amongst those countries with a low uncertainty avoidance index, which means that they are happy to wake up and ‘muddle through’ the day without knowing what is happening next. Planning is not as detailed as it is in countries with a higher score. How to reach a goal is only roughly planned, so that the process can be adjusted anytime in relation to the emerging and flexible environment.  In combination with their individualism, the British are highly curious,  creative and long for innovation. This is being reflected by the nations humour, heavy consumerism for new and innovative products as well as fast, creative industries like advertising, fashion and marketing. 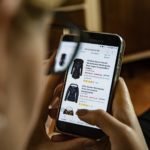 Whilst the UK presents low uncertainty avoidance, Germany belongs to the uncertainty avoidant countries. Germans prefer a deductive rather than an inductive approach in their thinking, planning or presenting, which means that a systematic overview has to be given in order to proceed. Details are important to create certainty by strongly relying on expertise.

Studying Hofstede created a feeling somewhere in-between laughter and shame, due to the fact, that I always research potentially interesting products. And by research I mean at least 3 independent sources – long term studies at best. If there’s not enough evidence to support the greatness of a product, it’s simply not a great product! How very German of me…

The key fact to take away is simpel: You may have a great product, but there is a huge difference in whether you are aware of that, or your customer. Have you ever wondered about the right strategy to market your product internationally? Get in touch and we are happy to analyse your target market and create a strategy on how to enter and succeed in it.